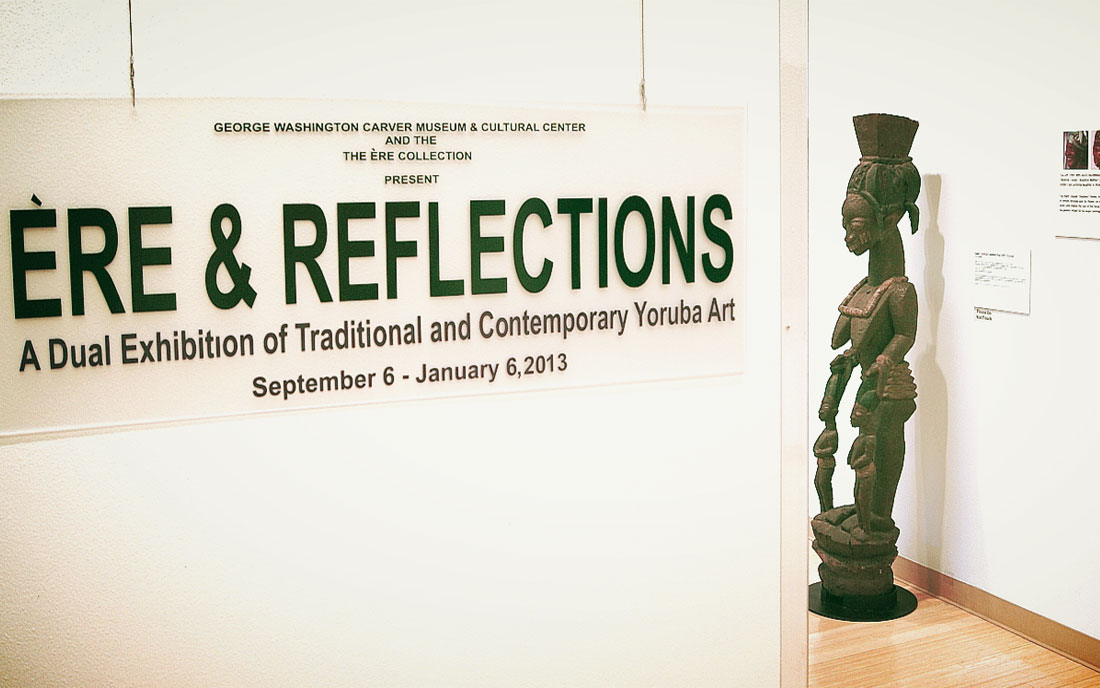 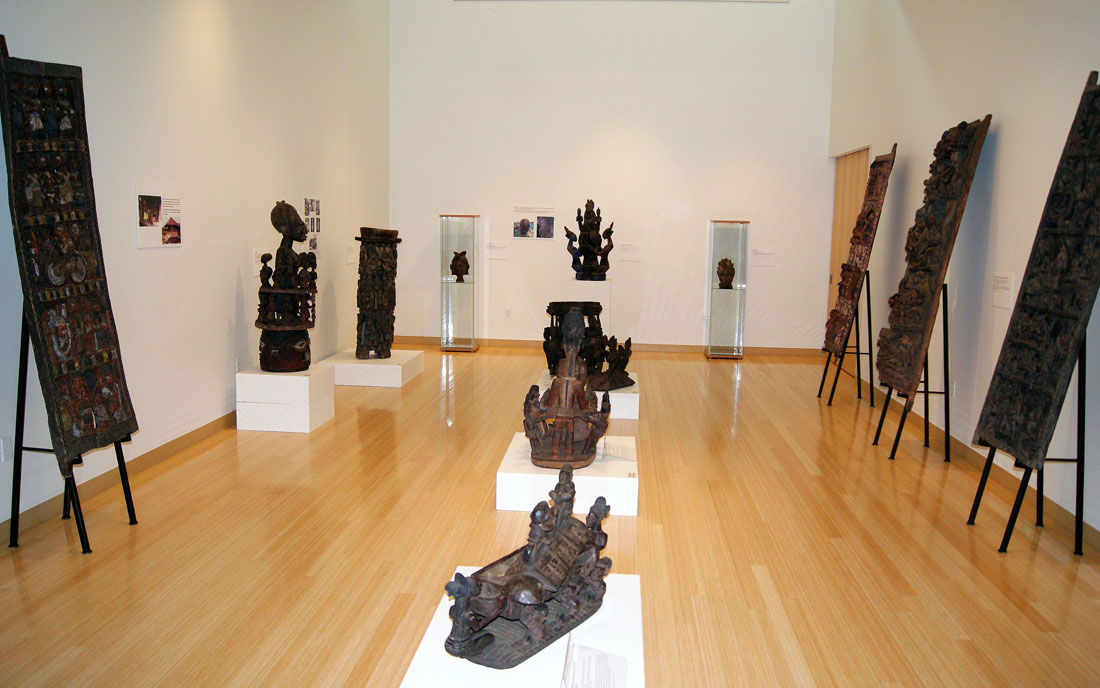 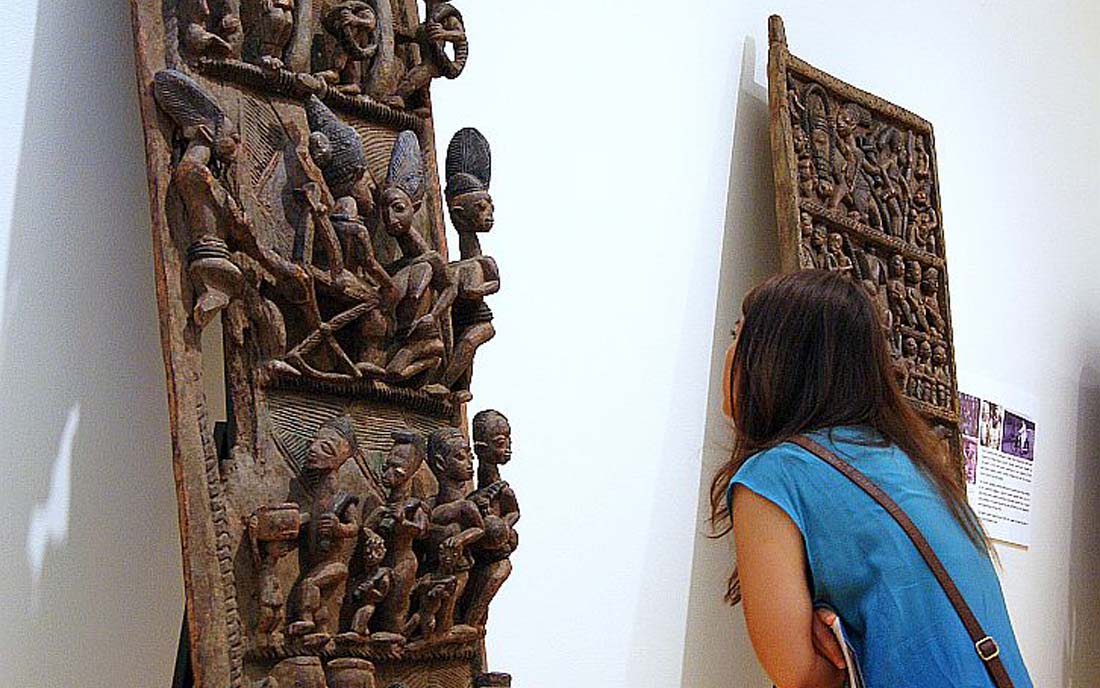 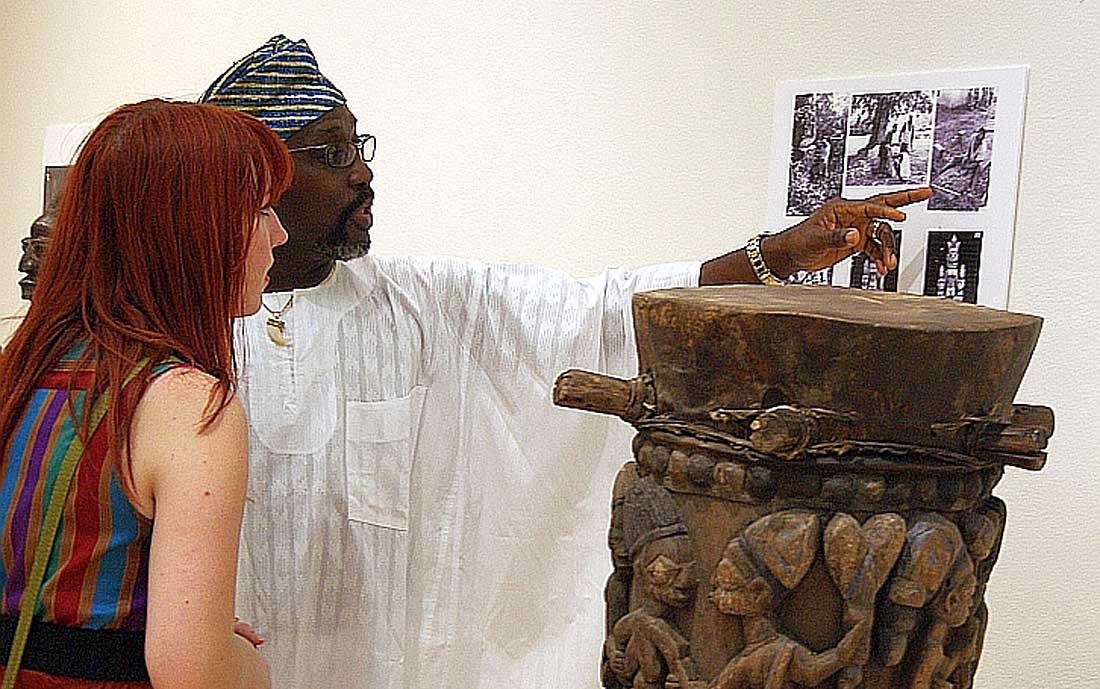 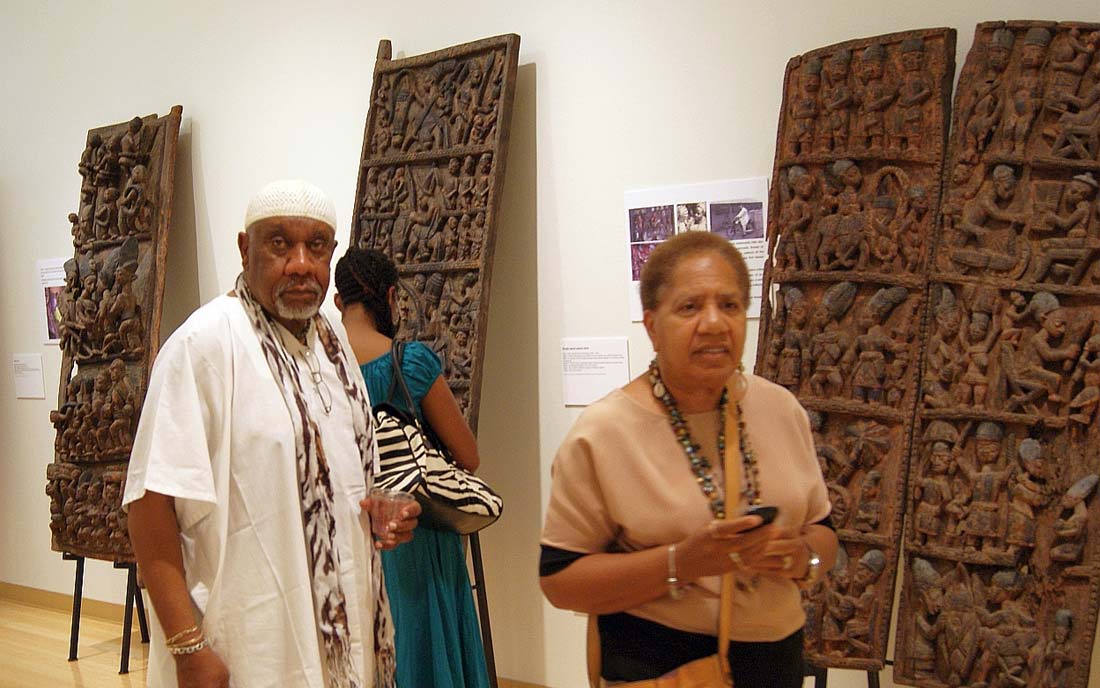 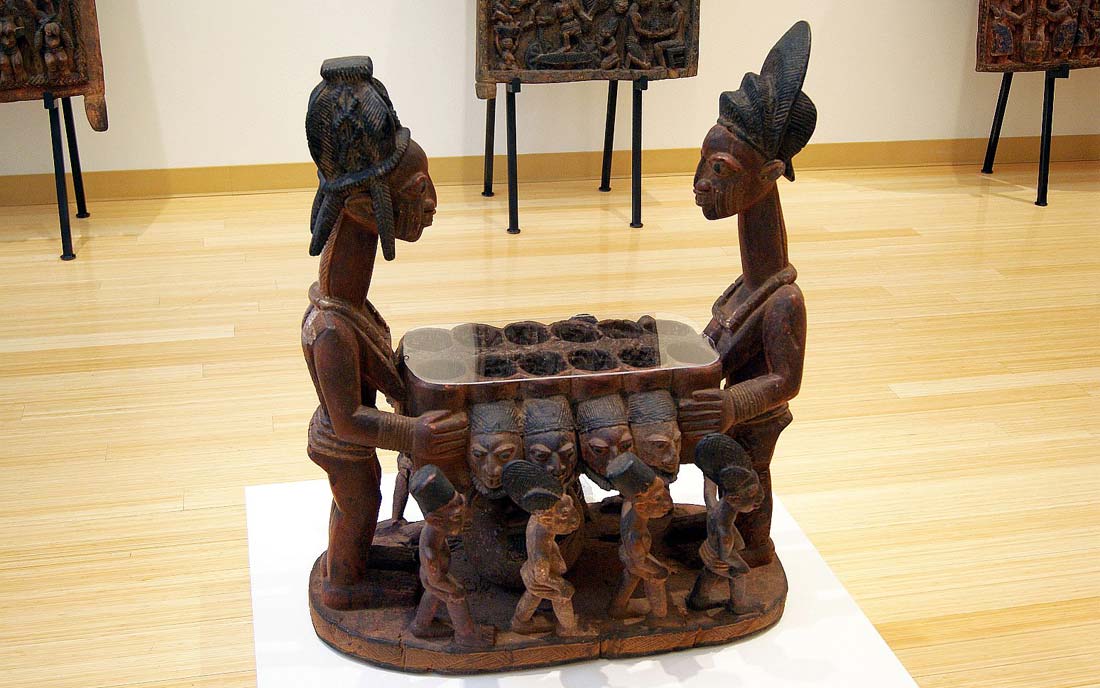 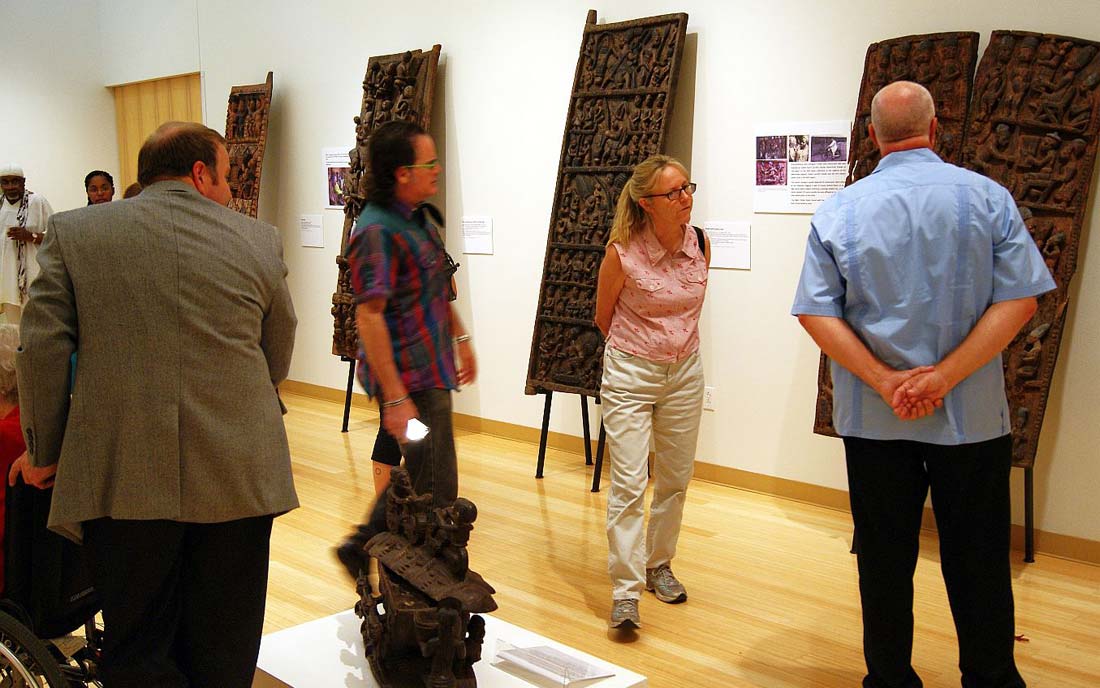 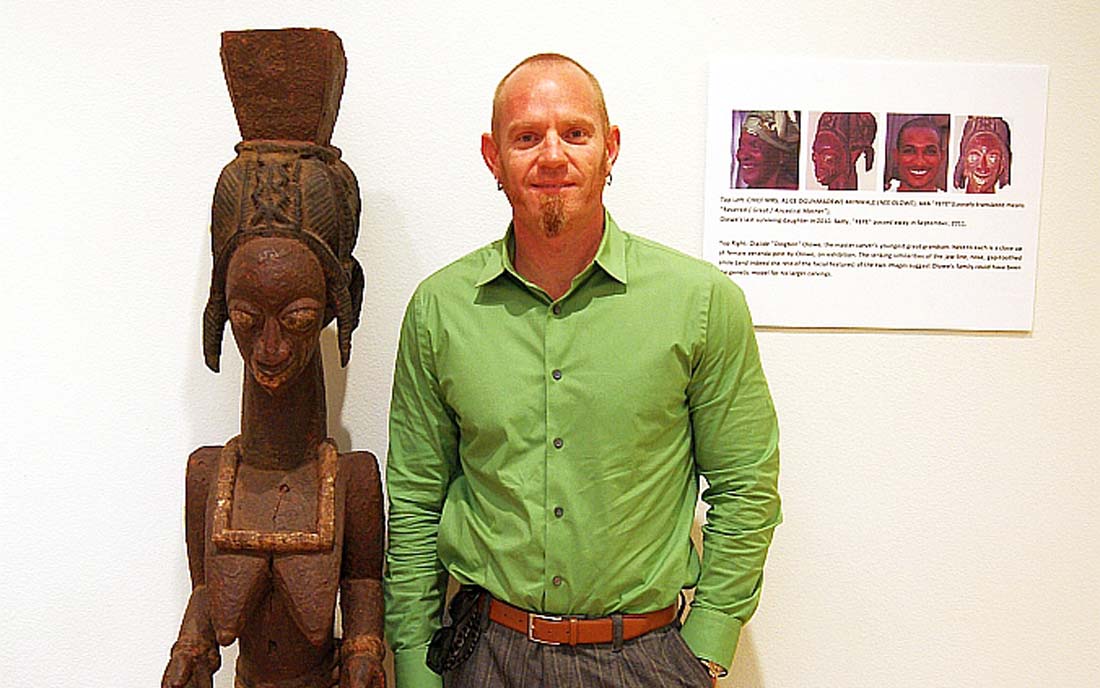 A constant challenge to African art is the “square peg in a round hole” impasse. As in any other profession, appraisers, scholars and collectors seek to approach African art based on certain, art industry standardized principles, with the assumption that the rest of the public share the same conventions. Of course that approach works when presented with items in the context of those conventions. For an example, in the Western art context, a knowledgeable person goes about looking for proof (or lack of) in the guise of trademarks, signatures, recorded provenance, and paper trails, history of manufacture and other infinite trails. To allow for a level playing field, and ultimately, honest fair market value conditions, in the Western art context, most of the clues needed to follow a trail are reasonably standardized. That is when a square peg fits in a square hole. Not so, in African art.

The ÈRE Project was initiated several years ago as an effort to explore the double standard of the art industry’s approach to African art. The most glaring mystery is why the same system of scholars, art historians and anthropologists, educated and trained in the Western approach to their discipline, generation after generation, adopted totally different standards in the field, when they collected, classified and generally processed African art at their source?

Not a single art scholar, curator, anthropologist, ethnologist, art historian or (whatever moniker fits!) would employ the same scholarly approach applied to African art, to Western art. For instance, would it have sufficed in the eyes of these scholars, to accept the attribution of a Picasso painting merely as “French by way of Spain?”


These were some of the incongruities that inspired the ÈRE YORÙBÁ project.

The ultimate experience of a perfect phenomenon.

An Exhibition of quintessential YORÙBÁ MASTERWORKS

ÈRE precisely encapsulates the art genre, and the transcendental import of its duality as sacred object and spirit. ÈRE is the physical manifestation of a Yoruba worldview – albeit, a cosmologically framed perception of humanity and destiny, in relation to the aspirations of Yoruba civilization.
Masterpieces of Yoruba art unfailingly evoke a visceral sensation in a viewer. The marvel of Yoruba sculpture (ÈRE) is palpable in creative composition, rhythm, color and magnificence.
From the ingenuity of this mysterious West African culture, our exhibition ÈRE, presents a selection of the finest and most distinctive sculptural works, a visual tour de force by talented Yoruba master carvers from the nineteenth to the twentieth century.
The ingenious expressions—by Olowe Ise, Dada Areogun (a.k.a. Arowogun) and his son George Bamidele; both of Osi- Ilorin, —demonstrate at once, the contrast of the Yoruba carvers’ traditional homogeny against the variations and innovations that define their distinct identities .

THE YORÙBÁ PEOPLES OF NIGERIA

Numbering more than 34 million, the Yoruba are the second largest ethnic group in Africa, and are the most prolific of Africa’s art producing peoples. Yoruba art reflects complex systems of religion, social organization, and government, most of which are implemented by special voluntary associations.
Yoruba sculptors traditionally learn their craft in an apprentice system, analogous to those of medieval and Renaissance Europe. There is scarce information concerning the identities of other important African artists, a reflection European attitudes and disinterest in ideas of African authorship during the late nineteenth and early twentieth century, when most of the works were taken from the continent, a shortcoming that has only recently received scholarly attention.