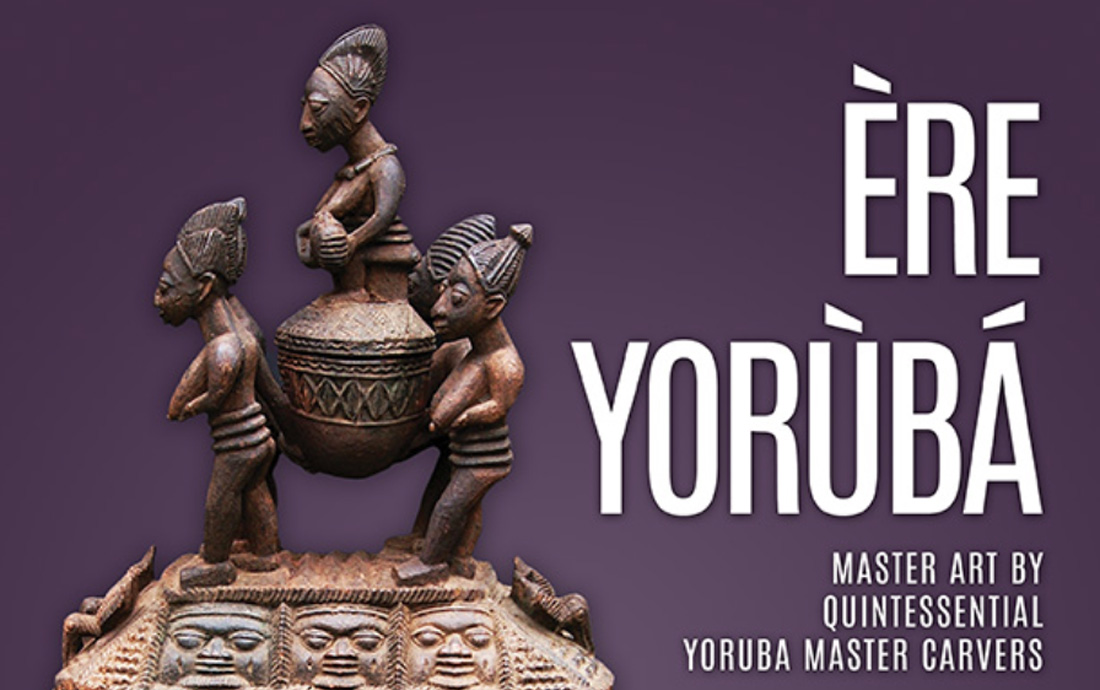 Ère is a Yorùbá term for sculptures, but it infers more than just the physical statuary. Ère embraces the artistic, the cultural, the architectural, the secular as well as the sacred and spiritual aspects of the craft of carving.

The Ère Yorùbá project began with research expeditions to the origins of the three master carvers in  Èkìtì, Western Nigeria, and cumulated in an exhibition of the carvers spectacular, previously unpublished masterworks. The exhibition was hosted by the City of Austin”s Carver Museum (September 6, 2012 – January 5, 2013), and guest curated by Craig Fashoro and directed by Jeffrey Roolf.

This is the exhibition literature, “Ère Yorùbá: Quintessential Art By Yorùbá Master Carvers”, authored by the curator, Craig Fashoro, an art historian, ethnologist, art appraiser, writer and photo journalist. With details of the Ère journey from concept to exhibition, this book takes the reader on a pictorial art pilgrimage on the trail of the featured Yorùbá master carvers to their idyllic, preserved origins. The author offers illuminating analysis of the presented masterworks in scope and depth. The incisive and original writing is excellently researched and supported by a wealth of documentation, as well as extensive period and contemporary in situ photography spanning from the 1940″s to the present.