ANONYMITY IN AFRICAN ART | Fashor and Eagar
Who carved the African art? Strangely a question not often asked in the African art field, quite different from the parameters set for Western art, traditional African art has a very interesting twist on how the market looks at the pieces....
African Art, Africa Art artists, Olowe of Ise, Areogun, traditional African Art
15955
post-template-default,single,single-post,postid-15955,single-format-standard,theme-bridge/bridge,qode-quick-links-1.0,woocommerce-no-js,ajax_fade,page_not_loaded,,paspartu_enabled,columns-3,qode-product-single-tabs-on-bottom,qode-theme-ver-16.9,qode-theme-bridge,wpb-js-composer js-comp-ver-5.5.5,vc_responsive 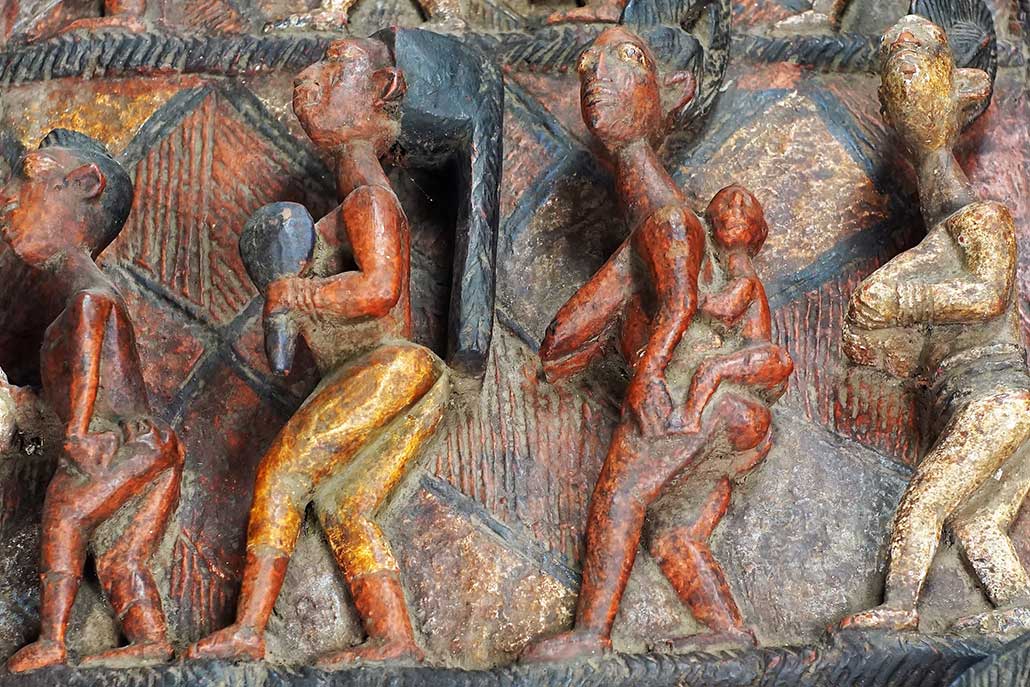 Anonymity of authorship is seldom acceptable in Western art. In almost every Western industry, acceptance, exposure and brand name recognition enhances prestige, the perception of which enhances values and demand. By contrast in African art, the industry is groomed to relate to African art as anonymous creations of a tribe, rather than an artist, depriving it of that crucial artist branding. African art values are driven more by provenance, (the attribution of its exhibition and publication mostly in the West), and pedigree (the history or the sequence of ownership, preferably Western.)

Pre-Fagg scholars, art historians and anthropologists, educated and trained in the Western approach to their discipline adopted totally different standards in the field, when they collected, classified and generally processed African art at their sources. Curiously, not a single art scholar, curator, anthropologist, ethnologist, or art historian would adopted the same scholarly approach applied to African art, to Western art. Would it have sufficed in the eyes of these earlier scholars, to accept the attribution of a Picasso painting merely as “French by way of Spain?”. Not many curators I know would acquire a painting of French origin, with possibly Spanish influences, but unattributed, for $100, 000,000.00 for their museums.

By convention, most art institutions have become notorious curmudgeons, trusting only the entrenched status quo. In earlier times, it was same sources who substituted standard Western scholastic procedure by failing to record artist’s attribution or press for verification of dates of in the field, with ethnographic importance, that later became the same “experts” that declared the lack of artist’s attribution and reliable dating, as demerits of African art, for value parity.

Constantine Petridi’s echo of the claim that “African art is anonymous” only in the sense that scholars and collectors have neglected to gather information about the names of the artists who produced the works” rings familiar. In the section on history, the author points to a general confusion and misunderstanding about the age of African art objects, offering as an example the “dating of objects based on their acquisition or collection history rather than on objective and scientifically supported dating techniques” (19). – Constantine Petridis. South of the Sahara: Selected Works of African Art. African Studies Review 48.1 (2005) 202-204. Of little concern in the value of traditional African art was the artist or the dates. Retroactively trying to “authenticate” African art by Western standards is tenuous at best. It rather leaves it at the mercy of the recorded chain of custody, rather than historically relevant sources of its creation. Still, in most cases that is all there is to pursue.

According to Grace Glueck, (ART REVIEW; ‘Signatures From Yorubaland’, September 26, 1997, “Although the masks, figures, vessels and architectural elements were not signed, and have entered many Western collections without attribution, each artist is nevertheless known throughout Yorubaland for a signature style, just as artists are in Western countries.”

With a few exceptions like Leo Frobenius (1873-1938), while early scholars and explorers, collected and classified African art as pagan fetishes and souvenirs from the “Dark Continent”, Olowe and Areogun’s Western art peers instantly recognized the artistic values of the “curios”. French artist Maurice de Vlaminck (1876 – 1958) is credited to be the first European to acknowledge African art as a genre in 1905. When Matisse and Picasso first encountered African masks at Derain’s in 1907, they were astonished by their inventiveness, stylized realism, dynamic forms and symbolic imageries. According to Picasso, the “virus” of African art stayed with him throughout his life. Of the major influence on modern art, Picasso declared that the fateful encounter was a revelation: “The masks were not simply sculptures like any other – they were magical objects.” Picasso and Matisse immediately recognized the potential of introducing or transferring the intrinsic qualities of the African sculptures into their paintings – the birth of Cubism! Modigliani was known to have “borrowed” attributes of African art for some inspiration too.